Hot off the press today is my review of hands-on throttle and stick (HOTAS) controllers for Microsoft Flight Simulator 2020.

Mind you, FS2020 is not really a game but rather a realistic flight simulator, which means that staying aloft on those rippling breezes is not easy. One thing that can make the experience more enjoyable is flying your virtual airplane with a set of controls that mirrors the setup a real pilot might use in a real airplane. There are many options for realistic flight controllers, and I looked at several that work well with FS2020, including a simple joystick, a few hands-on throttle and sticks (HOTAS) controllers like those in military jets, and a flight yoke that approximates what you would find on a small aircraft like a Cessna.

No comments yet Categories: Reviews, Wired
I Finally Got To Use the Word “Chonker” in Wired 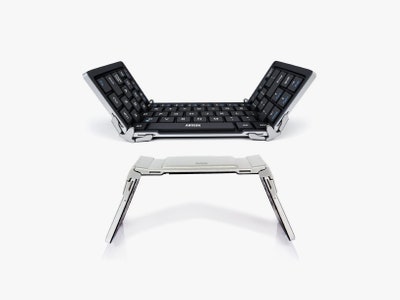 Mechanical keyboards are beloved of serious typists everywhere (including me) for their click-clacky goodness. So what’s the difference between a cheap one and an expensive one? I found out for my latest Wired column…

Sometimes a family runabout is all you need, though, and the Rosewill is far superior to laptop keyboards or the cheap rubber dome keyboards that come with desktop computers. So, it’s not a bad investment for those who write a lot or play games…. If, like me, you spend every day clacking through thousands of words, I’d recommend spending the extra money on the Das Keyboard Ultimate S. The cost is much higher, but it pays off in typing speed, comfort, and the satisfaction you get from using a tool with superior build quality.

Stepping away from tech for a bit, I tested out two fountain pens: a cheap $25 Lamy and a $125 Delta.

For Wired I reviewed the FLiR One Infra-Red camera, which fits onto the iPhone 5.

The FLIR One is certainly an interesting product, but I found myself constantly saying “if only” when writing this review. If only the charger could recharge both the device and the phone at once, it would be easier to keep both charged. If only the temperature range of the sensor was a little wider, I could use the spot sensor to check how far below freezing the food in my freezer is. If only it could be used to take IR photos of small objects. If only the final images and videos didn’t have a FLIR logo in the corner all the time…

No comments yet Categories: Reviews, Uncategorized, Wired Tags: FLiR, IR Camera
Should you buy a cheap or expensive camera lens?

Just posted at Wired.com, a column on the differences between a $350 and a $1500 SLR camera lens.

A good photographer takes the time to understand their equipment so they can get the best image, irrespective of how expensive their kit is. If you spend $350 on a lens and really learn how to use it, you’ll be closer to the ideal of photographers like Cartier-Bresson, who used good equipment to take great photos.

Just posted at Wired.com, a column on cloud data storage services, and roll-your-own vs commercial versions.

That makes Dropbox a better solution for those who just want to install and use it, although you can end up paying a lot if you need more space than the free version. For those who don’t mind getting down and dirty with the technical details, ownCloud may be the better option, as it gives you more flexibility and lets you take control of your own data in the cloud.

Just published on Wired: a look at low- and high-end SD Cards, and what the differences between them are.

So you’ve just bought yourself a nice new camera. You’ll need an SD card to store all those images on. Do you save some scratch and go with the cheapest SD card, or do you splurge and opt for one of those expensive versions that come with names like Ultra or Extreme? At first glance, it seems like a no-brainer: The cheaper cards offer much more space for less money. So, why would anyone spend more on a smaller card?

For the first installment of my Wired.com column High/Low, I look at Gaming PCs.

These rigs are built to handle the incredible demands modern games put on them, rendering state-of-the-art graphics quickly and smoothly to create a realistic gaming experience. At least, that’s the theory. The conventional wisdom is that a cheap PC will produce a jerky, low-resolution image that ruins the immersive effect of modern games. However, we found that a $700 computer was more than capable of running one of the most demanding games out there at high resolution, and that most gamers don’t need to spend more than this.